· barbatus (Eurasia and NO of Africa)

· meridionalis (Egypt and Arabia, in the E and S of Africa).

Basically, they are resident where they breed. Juveniles and immature birds can disperse beyond the mountain ranges where they have hatched, although they do not usually fly too far.

Third plumage: february to September 3cy. They moult another 3 primaries, leaving from 2 to 4 outer primaries retained as juvenile feathers (P6-8/10). In a very asymmetric way, a variable number of secondaries will not be moulted and remain juvenile instead (recall, juvenile feathers are brown, pointy and longer). Approx. 70% of females and 40% of males will moult (again) P1. A 30% of females and less than 10% of males will also moult (again) P2. P1 and P2 will now be 3rd generation feathers.

Fourth plumage: from January to September 4cy. All females (with few exceptions) and around 80% of males moult the remaining juvenile outer primaries (20% of males will moult those during their 5cy), and proceed moulting another 3 inner primaries (up to P5 at the most). Some 4cy birds can still show juvenile secondaries, as only half of the individuals will moult them completely.

Fifth plumage: from January to October 5cy. Some of the males, the ones on delay, will moult P10 (still juvenile). Some females, the ones that are more ahead, carry on moulting their outer primaries up to P8. In general, all of them moult from 1 to 3 inner primaries which now will be of 4th generation. Except for a few males (approx. 5%), all the other ones will moult the remaining secondaries that are still juveniles.

Sexes cannot be identified in field. However, the females are slightly bigger; with a clear bent beak, convex at its center; and the beards shaped as a ‘hand fan’. The males on the other hand, have a pretty flat beak (on its upper part) and the beard is grouped and towards the back as a brush. 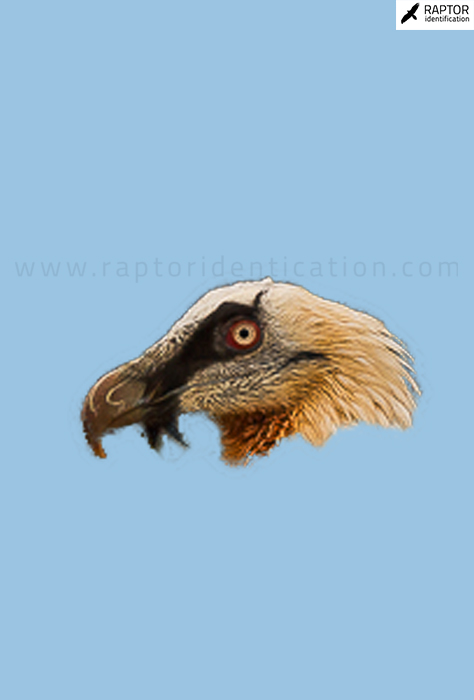 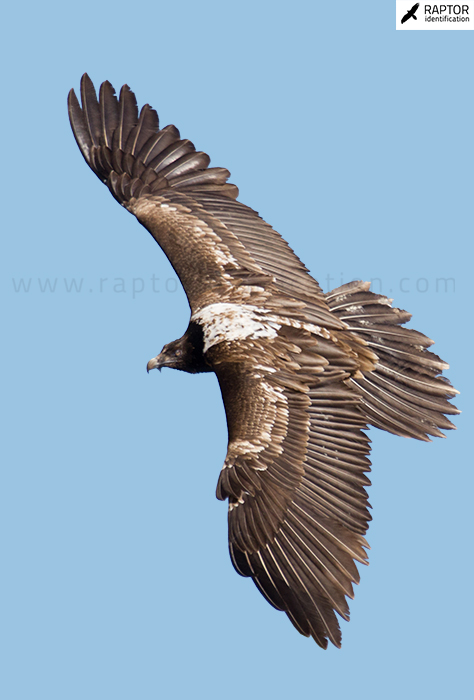