· cirtensis Atlas Long-legged-Buzzard (North Africa, especially in the Magreb, through Libya and to the West of Egypt).

Note: it is unknown to which subspecies the population that breeds in the Arabic peninsula belongs to. It could be a mix of both species. It is not always possible to distinguish both subspecies by morphological characters.

Most of the populations of East and South-East Europe are migratory. Migration takes place between September – November and March – May. They winter across North Africa, extending to the Middle East and to the North of the Indian subcontinent. Other populations are resident in Turkey, North of Iran, south of Turkmenistan and North of Afghanistan.

The populations in North Africa that belongs to the subspecies cirtensis are resident, with just some individuals dispersing towards North and South.

Individuals from the subspecies rufinus reach with more and more frequently to West and Central Europe. On the other side, cirtensis reach annually to the South of Italy and the Iberian peninsula. As a result, some hybridization occurs in those areas, e.g., ‘Gibraltar Buzzard’. Additionally, a recent study suggests that cirtensis could be the result of such hybridization and actually, be closer to common buzzard. However, further research is needed.

Second plumage: the first moult starts between March and April of the 2cy. In October, the moult often remains on standby. At that point, the outermost primaries and some secondaries are still juvenile feathers.

Third plumage: the moult of these juvenile outermost primaries will start in April achieving the adult plumage by early summer.

Adult plumage: the moult starts at different fronts and between April – May to October, depending on whereas the individual is resident or migratory.

Note: the southernmost populations (i.e., the ones belonging to cirtensis of dryer habitats) which at the same time are sedentary, breed sooner than the rest. Accordingly, they can start moulting also before, more extensively and immature birds can achieve the adult plumage by the end of their 2cy

Difficult in field, although the female is slightly bigger than the male. 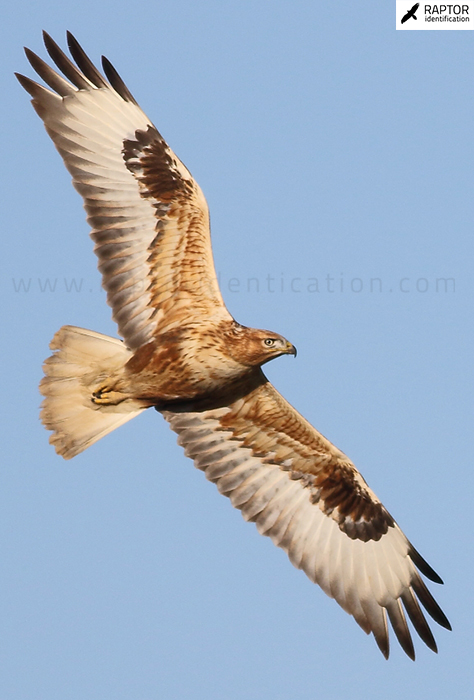 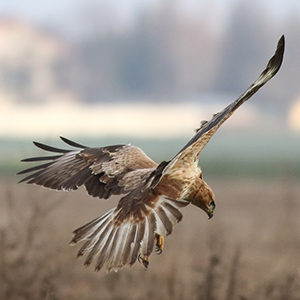