Basically resident, with important dispersal movements. In the early 1990s it began to be detected with some regularity in Morocco and the extreme south of the Iberian Peninsula. It is now a regular bird with dozens of annual observations, especially of immature individuals between August and November, although individuals of any age and time of year can be observed. There are also numerous observations throughout Spain, and exceptionally also in France. These birds come to Europe naturally, through their association with the Griffon Vulture that winters in the Sahel, mainly in Senegambia.

Third plumage: from february to September 3cy. By September of the third calendar year it has moulted p6-8, even reaching p9. Most secondaries are juveniles.

During 4cy it moults the last outermost juvenile primaries (p8-9) and p10, and by the end of the period it has moulted most secondaries.

Sexes cannot be identified in field. 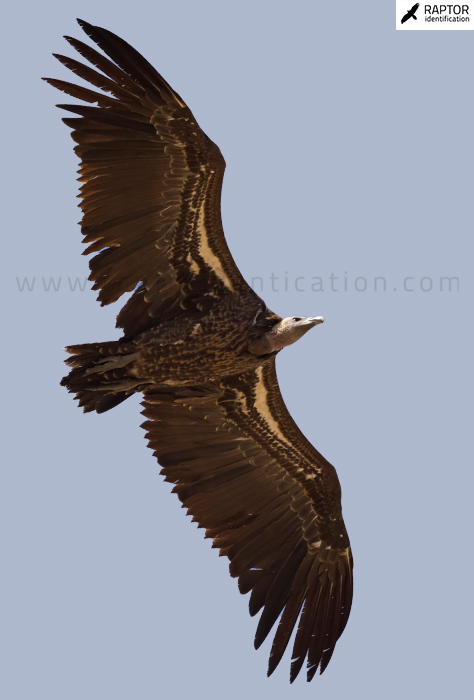