Four subspecies, only one in the Western Palearctic. There are no sharp or distinct edges between distribution areas but big areas of overlap between subspecies.

·lagopus: from Scandinavia to the centre of Siberia, Yenisey, overlapping menzbieri. It breeds in Norway, Sweden, Finland and Russia.

·sanctijohannis: Alaska and North of Canada.

Migratory. The wintering grounds of the European populations ranges from West of UK and Southern Sweden, to the North of France, Italy and Greece, extending towards the northernmost area of the Black and Caspian Sea up to Eastern Russia, Korea, China and Taiwan. On rough winters, with a lot of snow in Central Europe, these populations may reach the Iberian peninsula, where they have a vagrant behaviour.

Like the other buzzard species, rough-legged does not complete the first moult until the summer of the 3cy. The first adult plumage (autumn 3cy – summer 4cy) differs slightly from the definitive adult plumage (+4cy).

Second plumage: the first moult takes place during spring-autumn 2cy. Some outermost primaries are retained (i.e., juvenile feathers) and will not be replaced until spring-summer 3cy. Tail and most of the secondaries are often fully replaced.

Adult plumage: during May and June, all wing feathers are replaced. Female birds start the moult earlier.

Adult males are characterised by a dark hoodie, wither body and striped flanks. Dark carpal patches are less conspicuous than in females. The tail shows some additional bars to the dark and wider subterminal one. Adult females are more similar to juvenile birds, with lighter heads and usually, uniform darker belly. The tail shows only the dark and wide subterminal bar, with no additional ones (except for in some old females). First adult plumage males, autumn 3cy-summer 4cy, can be similar to adult females.

Some cases of hybridization with common buzzard in the Western Palearctic. 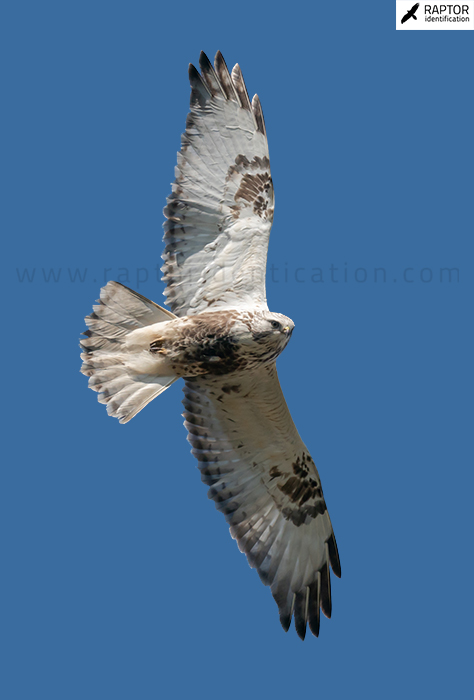 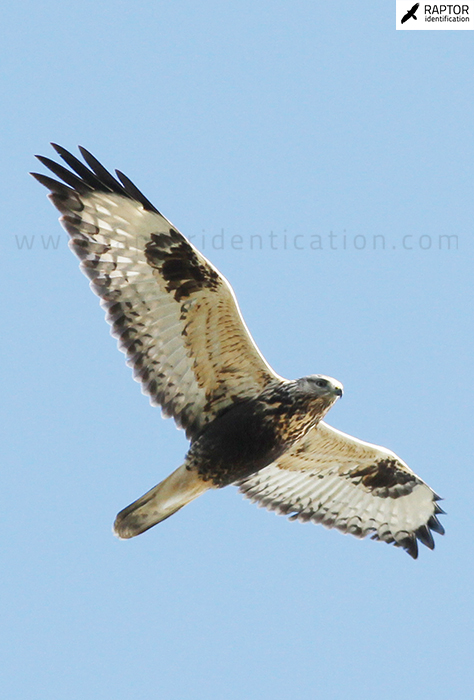 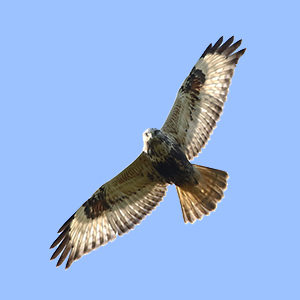 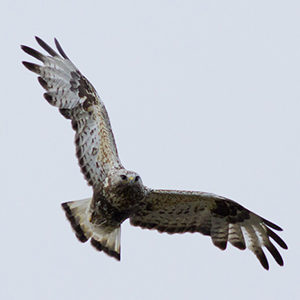